#LockdownConf: How to Learn New Skills While Social Distancing 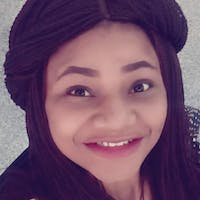 At the #LockdownConf event streamed live some hours ago, Emma Bostian, Dhawal Shah and Angie Jones talked extensively on how to learn new skills while practicing social distancing. The conference which started at 14:00 GMT (UTC), was co-hosted by Quincy Larson and Hashnode co-founder, Syed Fazle Rahman on the freeCodeCamp YouTube channel. It featured 4 panels, each with 3 developers discussing topics covering:

Here are 5 takeaways from the first panel session:

#1 Choose the particular skill that you would like to master and find the right resources to do so.

Pick one or two skill that you would like to learn during this period and find the resources to use. Angie mentioned that there are a lot of content available all over the internet, some of which are free and 'you just have to find the right one to use'. 'However,' she continued 'it's totally okay if you're unable to learn a new skill probably because you or a loved one is sick or you are just preoccupied (with kids, job). It's more important to stay safe and live a healthy lifestyle'.

#2 Come up with a plan to prioritize and figure out what you want to learn.

Depending on your personal goals, create a plan for yourself. For Instance, if your goal is to get a new job maybe because you've been laid off, figure out what you need to learn and break it down 'into digestible pieces every single day'. Don't overwork yourself. If your goal is to simply improve your skills in your day job or to learn something new, Emma said 'find what you're passionate about or pick one skill to learn really well'. She explained that this is the time to become T-shaped 'so having vertical knowledge in one area and also branching out to new areas and just picking up potential skills is really important'.

'The future of education, you can see it in video games, in that, it's not only fun but it's almost addictive. If we can make learning (as) addictive then we've truly won and then, we're truly gonna have an enlightened populace' ~ Quincy Larson

Dhawal added that there are other things you can learn which are not stressful or job related. You can also start learning just for fun so that there is no pressure on you to understand what you're reading. He recommended taking a course titled Learning how to learn which he said is quite entertaining and light and 'can set you up for other courses that you will do in the future'.

Angie shared that one way she does this is by using Trello which she uses to manage everything from her work, side projects, learning, etc. Trello is a web-based application for organizing tasks and managing projects. She explained how she went a step further by adding due dates to her Trello cards to ensure that she gets things done at the right time.

Emma advised that 'if you have to carry out a big task in the future, think about how much time you have until you have to do that task, then amortize that task over every single day that you have until the deadline. So if you have like an interview coming up, ask yourself what are the things that you need to learn and then amortize learning all of these things over every single day until the interview and break it up into pieces so you're not completely overwhelmed. Don't push yourself too hard'.

Emma also mentioned the concept of intentional procrastination which she practices. 'Intentional procrastination' she said 'is pushing tasks off to a later time so that in the meantime, you're putting the pieces (of the task) together in your subconscious.' She further explained that, 'if for instance I have a big project, I won't start working on it right away because most likely, the parameters of the work would change over the course of say, a week and so instead of doing all that work (for nothing), I'm initially just processing it in the back of my mind and pushing it off until the later date and by that point, I've kinda worked all the pieces (of the task) out in my head'.

She recommended three books; Why We Sleep which talks about how we form new connections when we're sleeping and how it enriches our ability to learn, Make It Stick which is about how different learning styles work the most efficiently with people and Atomic Habits which essentially talks about how to make time for new habits, get back on track when you fall off course, and much more.

#4 In dealing with impostor syndrome and feelings of self-doubt, recognize your small wins and focus on the things that you know.

Angie explained that the Impostor syndrome is a feeling that people of all levels of success experience and what hits home for her is the quote from Maya Angelou, 'I have written eleven books, but each time I think, 'Uh oh, they’re going to find out now. I’ve run a game on everybody and they’re going to find me out.' Angie continued, '...somebody clearly is an inspiration to an entire generation but still, she feels like she's not good enough and she suffers from impostor syndrome as well so, we gotta get over it!'.

'Everyone - regardless of where you are in your career, how much money you make, where you come from, how many followers you have - experiences impostor syndrome' ~ Emma Bostian

Angie advised that one way to deal with self-doubt and the syndrome is 'take between 10 seconds to 2 minutes and write down 10 things that you're good at'. According to her, doing this helps because in that moment, 'it doesn't have time to get inside your head, you're just writing down quickly before you can second-guess yourself. And at the end of that, you look at it and reflect on it and realize, "wow, I have 10 things that I'm really good at, that's really great." Focus on that!'

Emma said she doesn't think she will ever get over feelings of impostor syndrome. 'People ask me "how do you get over it?", I don't think I ever will but I don't know if that's a bad thing because it keeps me working hard. I will say, "try to recognize your small wins, if you can recognize all the small things you do that will compound over time, you will recognize how far you've come." '

'Don't be afraid to put out content that is already out there. Your voice and your approach is the differentiation' ~ Angie Jones

Emma further went on, 'You don't need to be considered an expert to have valuable information. Your journey is unique and no one will ever walk that same journey as you. You are viewing the world and your experiences through a different lens as your information and what you're teaching. Even if it has been done a thousand times, do it because the way that you learned it might resonate with someone else who is struggling with the concept. So I would say, recognize your small wins and try to realize that everyone feels this way, Its not just you.'

#5 Don't get intimidated by someone else's success, focus on your own journey.

Angie explained her philosophy 'I think about it as running a race and when I'm running my race, I'm looking ahead and focusing on my own path. Yea, I might glance over to other people who are (also) running but my focus is on my race. And if you stare too hard at other people, think about the momentum that you're losing because you're not focused ahead. And that's true in life, if you just stay focused on everyone else's journey, that's time, energy, momentum and self-confidence that you're losing. Focus on your own race.' She further advised that 'Don't focus on other people's journey, you don't really know their story and don't know how many times they've been falling down. This might be their third attempt at the thing that this is your first attempt at. Maybe that's why they're moving a little bit faster. It could be one of a million reasons. Don't focus on it because you'll be losing momentum in your own race. Focus on your race'.

'Computers are binary but humans aren't so your journey is not going to have feature parity with another person's. So focus on who you are today and compare that to who you aren't yesterday' ~ Emma Bostian

Emma stated, 'Someone else's success does not take away from your own success. So don't compare yourself to anyone else. Focus on yourself and be genuinely happy for others who are doing well because again, it doesn't impact your own success.'

And to round up the session, Quincy Larson added that, 'I think so many people get into this scared silly mindset where they're feeling like, competing with other people that are their peers but the reality is that the world is a big place and we can't even fathom 7 billion people, like our brain can't capacitate that scale of numbers and nobody understands how everything works.... Its a complex ecosystem and within all that ambiguity, you can be assured that there's a tremendous amount of opportunity.'

He continued, 'We've somehow managed for most of human history to keep a bulk of people employed. After this pandemic passes, there are going to be new opportunities out there and you're not going to be competing head to head with people around you. All this people....they are your allies and you have so much more to gain from collaborating with them than you have to lose on them also succeeding. I mean, it really is true; other people's success is your success and celebrating other people's success is a good way to build rapport with them 'cause that's the moment that they really are proud of and that they want other people to jump in.' 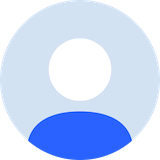 very interesting, I congratulate you